Java has two hash table classes: HashTable and HashMap. In general, you should use a HashMap.

While both classes use keys to look up values, there are some important differences, including:

How does that hashing method work? There are a few different approaches, and they can get pretty complicated. But here's a simple proof of concept:

The hashing methods used in modern systems get pretty complicated—the one we used here is a simplified example.

Sets are usually implemented very similarly to hash maps—using hashing to index into an array—but they don't have to worry about storing values alongside keys. In Java, sets are called "hash sets." They're implemented using hash maps—each member of the set is a key in the hash map with a dummy value that gets ignored. 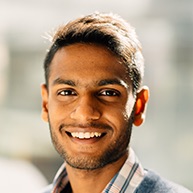