We've helped several engineers get the job at Dropbox

Interview Cake is a systematic approach to preparing for a programming interview. Our approach has helped engineers get jobs at the top tech companies in the world, including Dropbox. The key to a successful interview is strategy, and we’re so confident in our interview prep strategy, that we even offer a money back guarantee!

Dropbox is recognized as being among the world’s leaders in file storage and sharing solutions. They have high expectations of their top-of-the-line team of engineers, and their interview to join this team is no joke. Dropbox interviews are tough, but they aren’t impossible. With the right tools and a systematic approach to preparation, you could be joining the Dropbox team in no time!

Get ready for Dropbox with the free 7-day crash course!

In this free email course, you'll learn the right way of thinking for breaking down the tricky algorithmic coding interview questions Dropbox loves to ask.

Practice Questions for the Dropbox Interview

Dropbox’s vetting process is known for being one of the toughest out there. You can’t walk into a Dropbox interview with rusty coding skills. Our program is a step-by-step guide to coding interview preparation.

Figure out which number is repeated. But here's the catch: do it in linear time and constant space! keep reading »

You've implemented a Stack class, but you want to access the largest element in your stack from time to time. Write an augmented LargestStack class. keep reading »

Implement A Queue With Two Stacks »

Implement a queue with two stacks. Assume you already have a stack implementation. keep reading »

There's something tricky going on with scope in this JavaScript. Can you guess what will get logged to the console? keep reading »

What's Wrong with This JavaScript? »

There's a tricky bug in this JavaScript. Can you find it? keep reading »

Write a function to see if a binary tree is 'superbalanced'--a new tree property we just made up. keep reading »

Write a function to check that a binary tree is a valid binary search tree. keep reading »

You wrote a trendy new messaging app, MeshMessage, to get around flaky cell phone coverage. But messages are taking too long to send... keep reading »

Color the nodes in a graph so adjacent nodes always have different colors. keep reading »

What people are saying about Dropbox's interview

And here are some of the negative experiences interviewees have reported to Glassdoor: 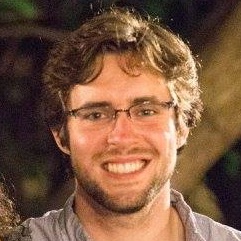 “Even more so than giving me practice you taught me technique and I don't think I could have landed this job without your help. Thank you! I recommend Interview Cake to all of my friends. — Eli
. . .