You're working on a secret team solving coded transmissions.

Your team is scrambling to decipher a recent message, worried it's a plot to break into a major European National Cake Vault. The message has been mostly deciphered, but all the words are backward! Your colleagues have handed off the last step to you.

Write a function reverseWords that takes a message as a string and reverses the order of the words in place.

When writing your function, assume the message contains only letters and spaces, and all words are separated by one space.

We can do this in space. Remember, in place.

If you're swapping individual words one at a time, consider what happens when the words are different lengths. Isn't each swap time in the worst case?

It might be tempting to think about using the explode function to separate our words, but we have to do this in place and splitting will create a new array of words.

Instead, can we just move characters around inside the message?

Ok, looks good. Does this help us?

Can we use the same concept but apply it to words instead of characters?

Probably. We'll have to figure out a couple things:

We could attack either of those first, but I'm already seeing a potential problem in terms of runtime. Can you guess what it is?

What happens when you swap two words that aren't the same length?

'the eagle has landed'

Supposing we already knew the start and end indices of 'the' and 'landed', how long would it take to swap them?

time, where n is the total length of the message!

Why? Notice that in addition to moving 'the' to the back and moving 'landed' to the front, we have to "scoot over" everything in between, since 'landed' is longer than 'the'.

So what'll be the total time cost with this approach? Assume we'll be able to learn the start and end indices of all of our words in just one pass ( time).

total time. Why? In the worst case we have almost as many words as we have characters, and we're always swapping words of different lengths. For example:

We take time to swap the first and last words (we have to move all n characters):

Then for the second swap:

We have to move all n characters except the first and last words, and a couple spaces. So we move n-5 characters in total.

For the third swap, we have another 5 characters we don't have to move. So we move n-10 in total. We'll end up with a series like this:

This is a subsection of the common triangular series. We're just skipping 4 terms between each term!

Okay, so time. That's pretty bad. It's possible that's the best we can do...but maybe we can do better?

And remember what we did for our character-level reversal...

Look what happens when we do a character-level reversal:

What if we put it up against the desired output:

The character reversal reverses the words! It's a great first step. From there, we just have to "unscramble" each word.

More precisely, we just have to re-reverse each word!

We'll write a helper function reverseCharacters that reverses all the characters between a $leftIndex and $rightIndex. We use it to:

function reverseWords(&$message) { // first we reverse all the characters in the entire message reverseCharacters($message, 0, strlen($message) - 1); // this gives us the right word order // but with each word backward // now we'll make the words forward again // by reversing each word's characters // we hold the index of the *start* of the current word // as we look for the *end* of the current word $currentWordStartIndex = 0; for ($i = 0; $i <= strlen($message); $i++) { // found the end of the current word! if ($i === strlen($message) || $message[$i] === ' ') { // if we haven't exhausted the string our // next word's start is one character ahead reverseCharacters($message, $currentWordStartIndex, $i - 1); $currentWordStartIndex = $i + 1; } } } function reverseCharacters(&$messageArray, $leftIndex, $rightIndex) { // walk towards the middle, from both sides while ($leftIndex < $rightIndex) { // swap the left char and right char $temp = $messageArray[$leftIndex]; $messageArray[$leftIndex] = $messageArray[$rightIndex]; $messageArray[$rightIndex] = $temp; $leftIndex++; $rightIndex--; } }

When we treat strings like arrays of characters in PHP, the array we're working with is an array of bytes not characters. In a unicode string, one character could be multiple bytes, so swapping one byte at a time could leave us with gibberish.

Hmm, the team used your function to finish deciphering the message. There definitely seems to be a heist brewing, but no specifics on where. Any ideas?

How would you handle punctuation?

The naive solution of reversing the words one at a time had a worst-case runtime. That's because swapping words with different lengths required "scooting over" all the other characters to make room.

Solve a simpler version of the problem (in this case, reversing the characters instead of the words), and see if that gets us closer to a solution for the original problem.

We talk about this strategy in the "get unstuck" section of our coding interview tips. 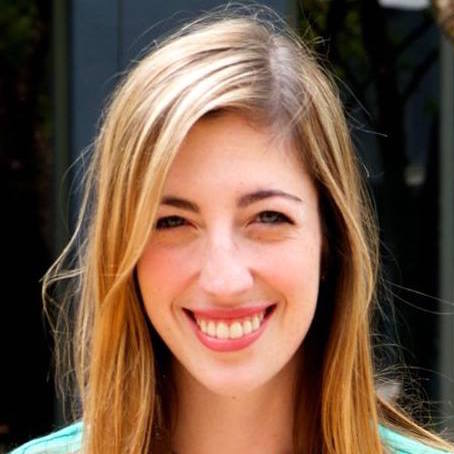 “Interview Cake taught me how to approach new problems. The questions helped me feel confident and ready to crush my programming interviews. — Lexi
. . .