We can do this in time, where n is the length of $movieLengths.

Remember: your users shouldn't watch the same movie twice. Are you sure your function won’t give a false positive if the array has one element that is half $flightLength?

To do this by hand we might go through $movieLengths from beginning to end, treating each item as $firstMovieLength, and for each of those check if there's a $secondMovieLength equal to $flightLength - $firstMovieLength.

How would we implement this in code? We could nest two loops (the outer choosing $firstMovieLength, the inner choosing $secondMovieLength). That’d give us a runtime of . We can do better.

To bring our runtime down we'll probably need to replace that inner loop (the one that looks for a matching $secondMovieLength) with something faster.

We could sort the $movieLengths first—then we could use binary search to find $secondMovieLength in time instead of time. But sorting would cost , and we can do even better than that.

Could we check for the existence of our $secondMovieLength in constant time?

So we could throw all of our $movieLengths into an array first, in time. Then we could loop through our possible $firstMovieLengths and replace our inner loop with a simple check in our array. This'll give us runtime overall!

We make one pass through $movieLengths, treating each item as the $firstMovieLength. At each iteration, we:

We know users won't watch the same movie twice because we check $movieLengthsSeen for $matchingSecondMovieLength before we've put $firstMovieLength in it!

The trick was to use an array to access our movies by length, in time.

Using hash-based data structures, like hash tables or hash sets, is so common in coding challenge solutions, it should always be your first thought. Always ask yourself, right from the start: "Can I save time by using an array?" 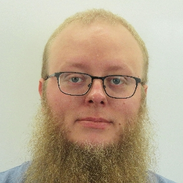 “Before Interview Cake, I probably would have failed my Google interview. After doing Interview Cake seriously, I got strong positive feedback from the hiring committee. On top of that, it's just really fun to do. Do it. — Ezekiel
. . .