A trie is a special tree that can compactly store strings.

Notice that we only store "Mari" once, even though it appears in two strings: "Maria" and "Mario".

What happens if we have two words and one is a prefix of the other?

For instance, say we had a trie with "Maria" and "Mariana". Here's what that trie would look like.

That's confusing ... it looks like we only have one word ("Mariana") even though we inserted two.

To avoid this, most tries append a special character to every word as a "flag" for the end of the word.

Now we can see that "Maria" is an actual item in our trie, not just a prefix for "Mariana".

Say you were implementing a spell checker. You'll look for each word to see if it appears in Merriam-Webster's dictionary.

Both options have the same average-case lookup complexity: , where k is the number of characters in the lookup string:

So, if they have the same complexity, which one should you use?

Use a trie if you want to quickly find words starting with the same prefix. In our spell checker, this might be useful for suggesting corrections (i.e.: fixing "chocolatr" to "chocolate"). The only way to do this with a hash set would be to iterate through all the words, in time.

Use a hash set if you just need to check if a string is present or you're optimizing for space. In most cases, a hash set will take up fewer bytes than a trie. And, hash set lookups will probably be faster than trie lookups—trie nodes can be scattered throughout memory, which isn't cache friendly.

Hash sets aren't cache-friendly either. But with a hash set, you usually make one non-sequential memory lookup, versus k of them with a trie. (Here, k is the number of characters in the string.)

A radix tree is like a trie, but it saves space by combining nodes together if they only have one child.

Here's what a radix tree with "Maria", "Mariana", and "David" looks like.

Notice how it has way fewer nodes and links than the trie version we looked at above.

Radix trees are more cache friendly than tries, since the characters within a single node are usually stored in an array of characters, adjacent to each other in memory.

Curious about other variations on tries? Check out ternary search trees, HAT-tries, and burst tries for lots more optimizations. 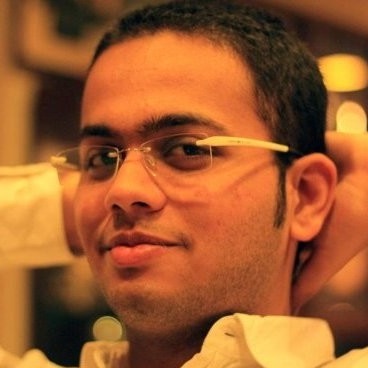 “The explanation style used by Interview Cake (the gradual reveal of edge cases and working toward the solution) made the strategies sink in really nicely and made me feel confident about facing the interviews. — Siddhesh
. . .